Medical & Mind Weight Loss was created by Dr Marlene Tham, an obesity researcher and weight management doctor, and Dr Terence Chong, a psychiatrist and academic research fellow at the University of Melbourne. They both have extensive clinical involvement in treating and managing patients in obesity, mental health and dementia as well as being significantly involved in research, academia and teaching.

Some words from Dr Marlene Tham, “I was inspired to create The Redefine Online Weight Loss Programs because I had reached a point in my career where I just could not see everyone who was referred to me who  struggled with weight loss. Yet, I wanted to reach everyone, share my clinical and medical experience and help them achieve a successful weight loss journey. By creating a powerful online learning platform with the aim of replicating face-to-face medical consultations using videos, case studies and self learning tools, my aim was to reach anyone who wants to be helped, right now, at their own pace and in the comfort of their homes. The Redefine Programs are like your own medical consultations at your fingertips. To enhance the program, I have enlisted the expertise of experienced clinicians in mental health and exercise, replicating a holistic  multi-disciplinary team approach. The idea that I can help so many different people, from all over the globe, through the power of the internet, wakes me up every morning with excitement.” 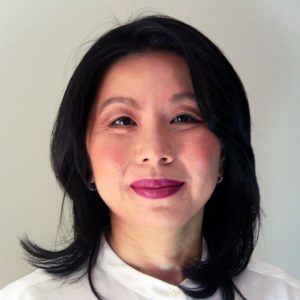 Dr Marlene Tham is a General Practitioner and a fellow of the Royal Australian College of General Practitioners (RACGP). Marlene completed her degree at the University of Adelaide (2000) in medicine and surgery (MBBS). She finished her General Practice training in Victoria in 2006 and now specialises in treating obesity, weight management, metabolic and mental health conditions by combining medicine, psychology, diet and exercise in a holistic approach. Dr Tham has been just nominated as the RACGP Victorian Obesity Management Network representative.

She is the director of the Melbourne Weight Loss  at Epworth Camberwell. Her roles include working on the mental health ward addressing acute medical and general medical issues. Her outpatient clinical work includes metabolic and weight management consultations for patients needing assessment and management of their metabolic, weight and obesity related co-morbidities and being involved in multi-disciplinary weight management programs facilitating a holistic and comprehensive approach.

In 2007, Marlene created the Redefine™ Weight Management Programme after she was awarded a prestigious City of Melbourne Small Business Grant. As a recipient of this award, Dr Tham’s program was considered to be an innovative and sustainable service which would add to the Melbourne community in a special way.

In 2009, she was a Victorian finalist at the Telstra Business Women’s Awards for the Redefine™ Weight Loss Program in in three categories including Young Business Owner, Best Company and Most Innovative Service.

Dr Tham’s academic work has been in the area of obesity and mental health. One of her main interests has been  investigating the impact of psychotropics on weight gain at the Mental Health Research Institute with Professor David Castle which was published in the International Journal of Mental Health and examining the role of the General Practitioner in weight management (published BMC Family Practice) at the University of Melbourne with Professor Doris Young. She has presented at both International and domestic conferences including being awarded “Best Presenter” at the General Practice and Primary Health Care Conference in 2006. In 2007, she was the recipient of the General Practice  Registrar Research Prize where she was invited to present  at the 5th Health Services and Policy Research Conference in Auckland (2007). She is also a Honorary Research Fellow at the Department of Psychiatry at the University of Melbourne.

Marlene was a keen hockey player starting at the age of 4 where she spent her childhood playing in multiple underage representative teams at both State and National levels. She has always had an interest in weight management as even from an early age, she worked in gyms and running weight management programs as a medical student to fund her way through medical school. The rising obesity levels lead her to Melbourne where she worked at the metabolic clinic at the Royal Melbourne Hospital which was one of Victoria’s 1st public Weight Loss Clinics and did extensive training in cognitive behaviour therapy which she uses for weight management as well as for depression, anxiety and emotional eating. She is a Level 2 trained Mental Health Practitioner for delivering Focussed Psychological Therapies and has been listed as a Mental Health General Practitioner for Beyond Blue.

Marlene knows through her own experience that losing weight and maintaining a healthy size is not easy. As an overweight adolescent, she was unhappy the impact being a bigger size affected  her sporting career, confidence and her perceived ability to fit into a society that was “thin” obsessed. As a result, Marlene embarked on her own personal journey of weight loss and she discovered that she enjoyed developing effective solutions for weight loss. As a mother of two now, Marlene has full personal and medical experience of the difficulties of weight loss from all age groups. She also fully understands the impact of post pregnancy weight gain, limited time that motherhood brings and finding the correct work life balance to facilitate a healthy mind, body and weight. 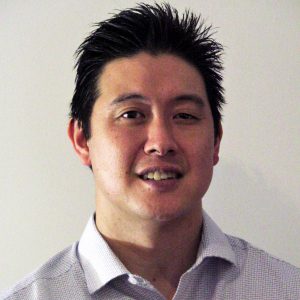 He is a consultant psychiatrist at Epworth Clinic where his special interests include binge eating syndrome, Obsessive-Compulsive Disorder (OCD) especially related to food and other Anxiety Disorders,  memory disorders such as dementia. He uses a combination of therapies inlcuding Cognitive-Behavioural Therapy (CBT) and mindfulness for anxiety and binge eating syndrome. As part of his Epworth work, he has been involved in setting up and pioneering one of the very first ACT for OCD groups in Australia and is also involved in the Weight Management Program there.

Dr Chong is also a Consultant Psychiatrist at The Royal Melbourne Hospital and St Vincent’s Hospital. He has previously worked in the Dementia Behaviour Management Advisory Service (DBMAS) providing individualised support for the carers for people living with Dementia and has worked in memory clinics all over Victoria. He is also a Lecturer and Research Fellow at Department of Psychiatry at the University of Melbourne  with his research interests including Cognitive Health, Physical Activity and Cognition and Huntington’s disease.  In 2012, his research “Physical activity program preferences and perspectives of older adults with and without cognitive impairment” was published in Asia- Pacific Psychiatry. He was recently published in MJA for dementia with an accompanying video. He currently is involved in developing Physical Activity Guidelines for older people as part of a research grant (DCRC).

In 2016, he discussed Dementia on Channel 9 news, was a guest on radio station SEN discussing Anxiety with Andy Maher, and also radio station Triple R discussing OCD and Dementia with Dr Shane.  He also speaks regularly at GP practices providing education practices and also for community and allied health groups. He is also a  contributer to the Epworth GP update . Dr Chong’s media work can be viewed at his GooglePlus Account – +DrTerenceChongCamberwell.

Dr Chong is currently undertaking a PhD in the area of dementia and cognitive health and its relationship to exercise and fitness.  He has also been trying to increase community awareness of cognitive health, physical health and lifestyle changes needed for improved well being in both media and in community forums. His interests include playing badminton, and chasing after his two young children. 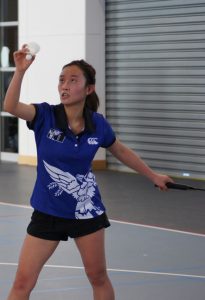 Erica Pong is a physiotherapist specializing in sports injuries and conditioning. She graduated from University of Melbourne and has continued her professional development in dry needling, Pilates and Ridgway Method. Erica uses her expertise to help elite athletes to weekend warriors to help achieve their health goals whether it be winning competitions or being a healthier self. Erica has presented talks on improving sports performance and posture in the office.

When working with clients, Erica is hands on with her approach. She helps clients to fix pain with manual therapy, postural advice and prescribing exercise programs. Erica will often work with personal trainers and coaches to provide holistic care for her clients. To ensure the best outcomes, Erica help clients to perfect their techniques by having sessions at the gym or observing their training. In addition, Erica has taught clinical Pilates specializing in improving lower back pain and pelvic floor strengthening for new mothers.